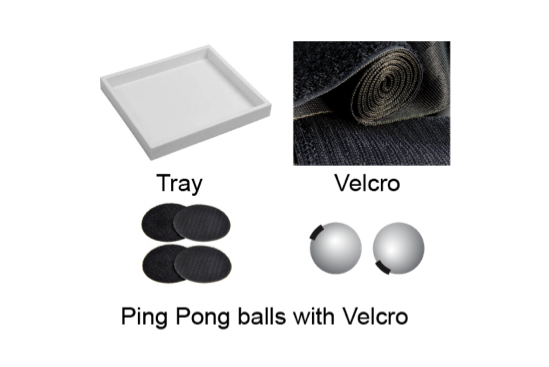 In the bare tray, the ping-pong balls will be randomly distributed and move around. However, in shallow tray B, the Ping Pong balls will prefer to stay still with the Velcro sticking together.

How is this related to nanotechnology?

The mechanism and progress of surface reactions are very important to understanding important applications in engineering like catalysts for making different chemicals. They can be studied at nanoscale with the help of specialized equipment such as atomic force microscopy.